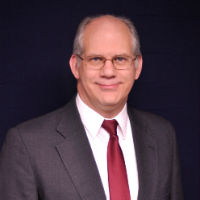 G. Richard Deal is originally from Chicago, Illinois and relocated to the El Cajon area about five years ago. Mr. Deal is a graduate of the American Conservatory of Music, the Moody Bible Institute, and the Sherwood Conservatory of Music, all of Chicago. He has both a Bachelors and Masters Degree in Piano Performance. He has taught students from beginners to advanced and several of his piano students have gone on to full scholarships in music and now make music their livelihood.

He was a faculty member and accompanist at Moody Bible Institute, St. Francis University and Joliet Junior College. He has presented over 2,700 sacred and classical piano concerts in Europe, Asia, North and South America, including a performance at the Hong Kong Cultural Center in Hong Kong, China. He has presented numerous solo concerts in the United States and has performed with symphony orchestras, including an appearance at Chicago’s historic Orchestra Hall. Mr. Deal has recorded professional albums that are played on radio stations throughout the United States. Mr. Deal has won several piano competitions and was a participant in three international piano competitions including the prestigious Tchaikovsky Piano Competition in Moscow, Russia.

Richard Deal’s passion is the piano and he teaches his students proper technique, theory and piano literature. He stresses proper piano technique so that you can play piano for life! The most important thing in music is the enjoyment and sense of accomplishment after having mastered a piece and sharing it with others. Please call or email Mr. Deal for a free introductory lesson. He teaches at his El Cajon studio or at your home piano.

< Back to Teacher Finder